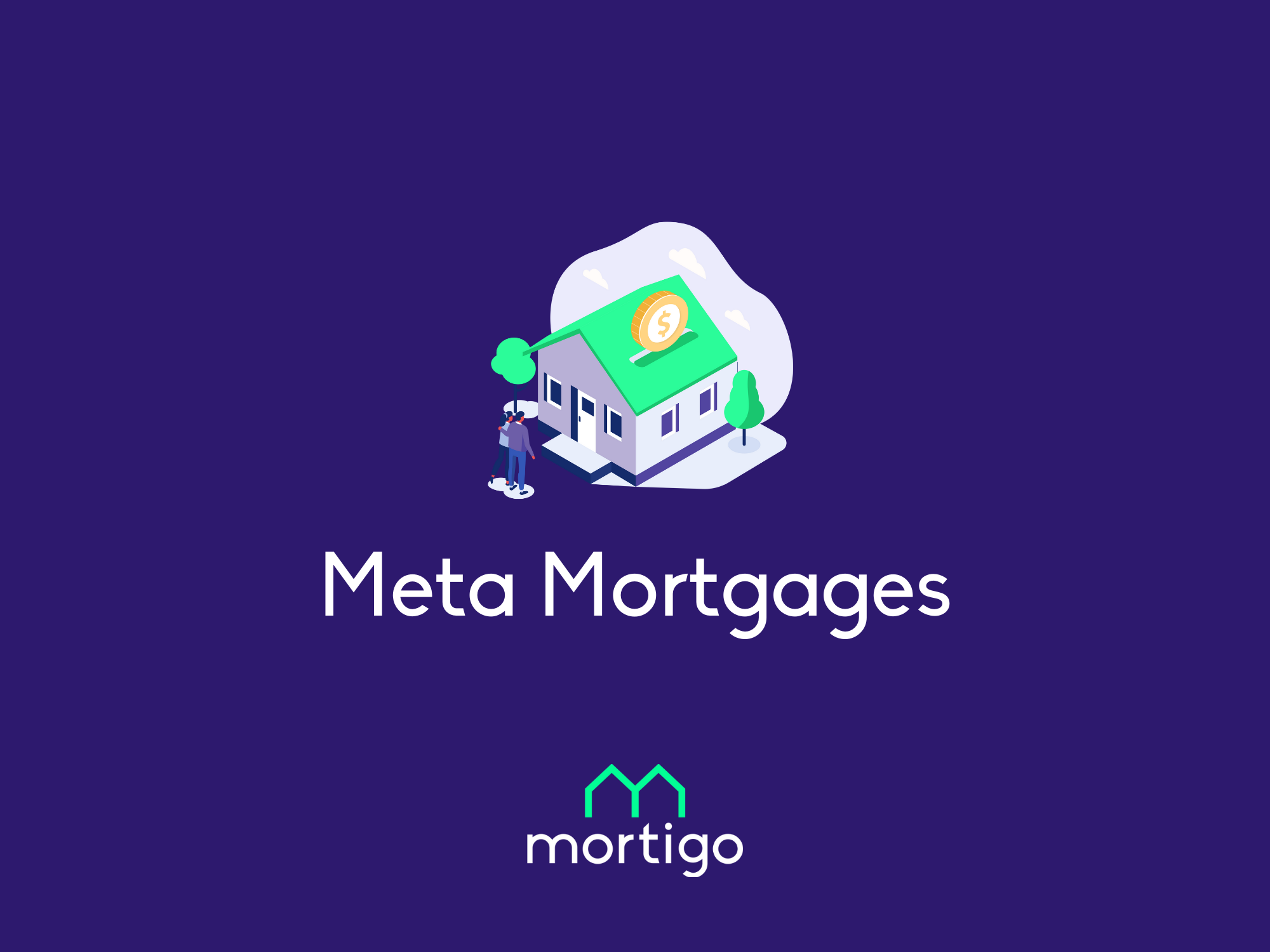 After the artist Beeple sold an NFT at auction for $69million, it seemed Pandora’s box was flung open. The events that unfolded were like the awakening, after that famous scene in The Matrix (movie), ‘Blue or Red Pill?’. A large percentage of the market obviously chose the blue pill as they became conscious of a concept that was unimaginable just a few years ago. 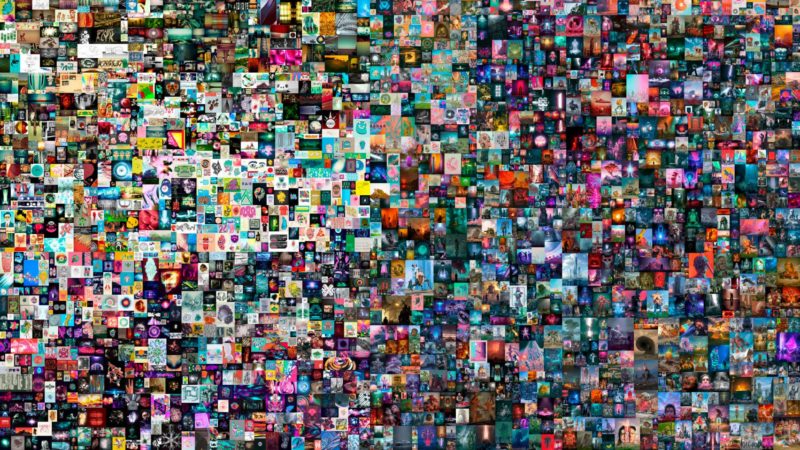 There’s no denying the buzz in the media all about NFTs (Non-Fungible Tokens) being the future. But now, interest is growing in the real estate market, specifically mortgages. An industry currently valued at about £315 Billion in the United Kingdom.

The rave about NFTs has gradually started the tokenisation of real estate as virtual assets; meaning a niche group of people are no longer obsessing over owning physical spaces they can touch, feel and live in, they are gravitating towards virtual ones in the metaverse (Yup!) META-LAND.

Let’s go over a quick explanation of a few of the terminologies in this space for some of our readers, so we can all follow exactly what we have happening before our eyes;

Mortgage: A word of French origin, which implies the “Death of an Engagement”. Pretty dramatic definition, don’t you think? 🤔  A contract entered between a borrower and a financial institution(bank) for a loan’s principal and interest to be paid over a period of time following the acquisition of a piece of real estate. Interestingly, mortgages have been a part of the English culture since the 1650s.

Cryptocurrency: Tradable digital asset or digital form of money, built on blockchain technology that only exists online. Bitcoin and Ethereum are just a few types of cryptocurrencies.

NFTs: Digital certificate indicating who owns an object-stored in a way that the ownership cannot be altered, and its chain of ownership can easily be tracked as long as the object exists.

Blockchain: This is the digital platform technology where records and documents are stored simultaneously in many locations(nodes). A decentralised system that makes changes impossible to occur unnoticed.

Decentraland: A 3D virtual world browser-based platform where users can buy virtual plots of land from NFTs via the MANA cryptocurrency, which uses the Ethereum blockchain. 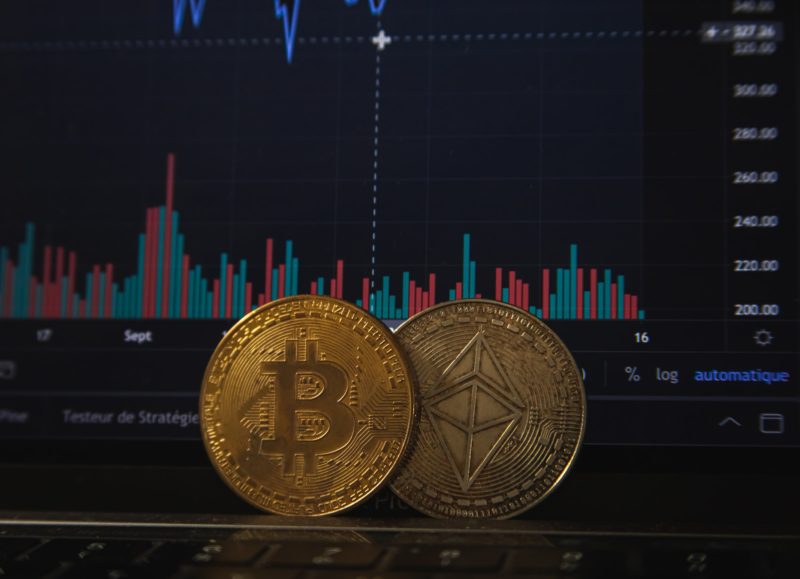 Mortgages on properties you cannot live in…

Now that we have gotten those definitions out of the way, what we are looking at is a revolution of sort- with individuals and organisations taking on mortgages on virtual real estate. We even have people paying thousands of dollars to be neighbours with celebrities in the metaverse.

In this virtual world, they will interact as cartoon-like characters called avatars, which at the moment they do via normal computer screens, but the long-term vision is for people to engage with this virtual world via virtual reality goggles- a 360-degree immersive experience.

Assets in the metaverse are purchased with cryptocurrency, not fiat money and they only exist in this virtual world; essentially they are NFTs purchased and uniquely recorded on the blockchain. The claim is; that mortgages of this sort might seem to cut through the bureaucracies and lengthy process of real-world mortgage processing and completion.

Following the announcement of Facebook doubling down on virtual reality, the prices of virtual real estate have actually increased by as much as 500%. The rush has been intense, which is why Decentraland; an ethereum-based metaverse platform, has been facilitating quite a number of virtual asset transactions in the metaverse.

Republic Realm even spent $4.3 million on acquiring virtual land in The Sandbox from video game company, Atari; the most expensive piece of real estate purchased to date in the metaverse.

It is also quite interesting to see companies like TerraZero, a technology company issue a two-year mortgage with an undisclosed down payment for a $45,000 parcel of land in Decentraland, a piece of the metaverse with about 92,000 parcels.

The mortgage being issued by TerraZero is quite intriguing, considering the fact that despite being a virtual world transaction, they still conducted quite a number of the traditional checks required during a real-world mortgage- They did a KYC (Know Your Customer), reviewed a business plan from the party interested in acquiring the land in the metaverse to see the viability of a mortgage payback.

The deed of the parcel is an NFT, which is held on to by TerraZero while the mortgage is being paid, and developer rights are granted to the acquirer( interested party). So, all of the processes that have all been claimed to be skippable while acquiring in the metaverse, are actually being conducted.

There are quite a number of other questions that remain unanswered at the moment about mortgages and property acquisitions in the metaverse, but we do not want to make this quite a lengthy read, so we will have a follow-up post that dives in further to give you even more information and satisfy our collective healthy-level of curiosity.

However, if for now you’re still looking to purchase a tangible property… we are more than happy to help with all your mortgage needs!

If you have an angle you would want us to explore or more insights on this topic, kindly reach out to us via email or through any of our social channels. 🙂