Fun Facts About No 1 Croydon

You are here:
Mortigo NewsUncategorized 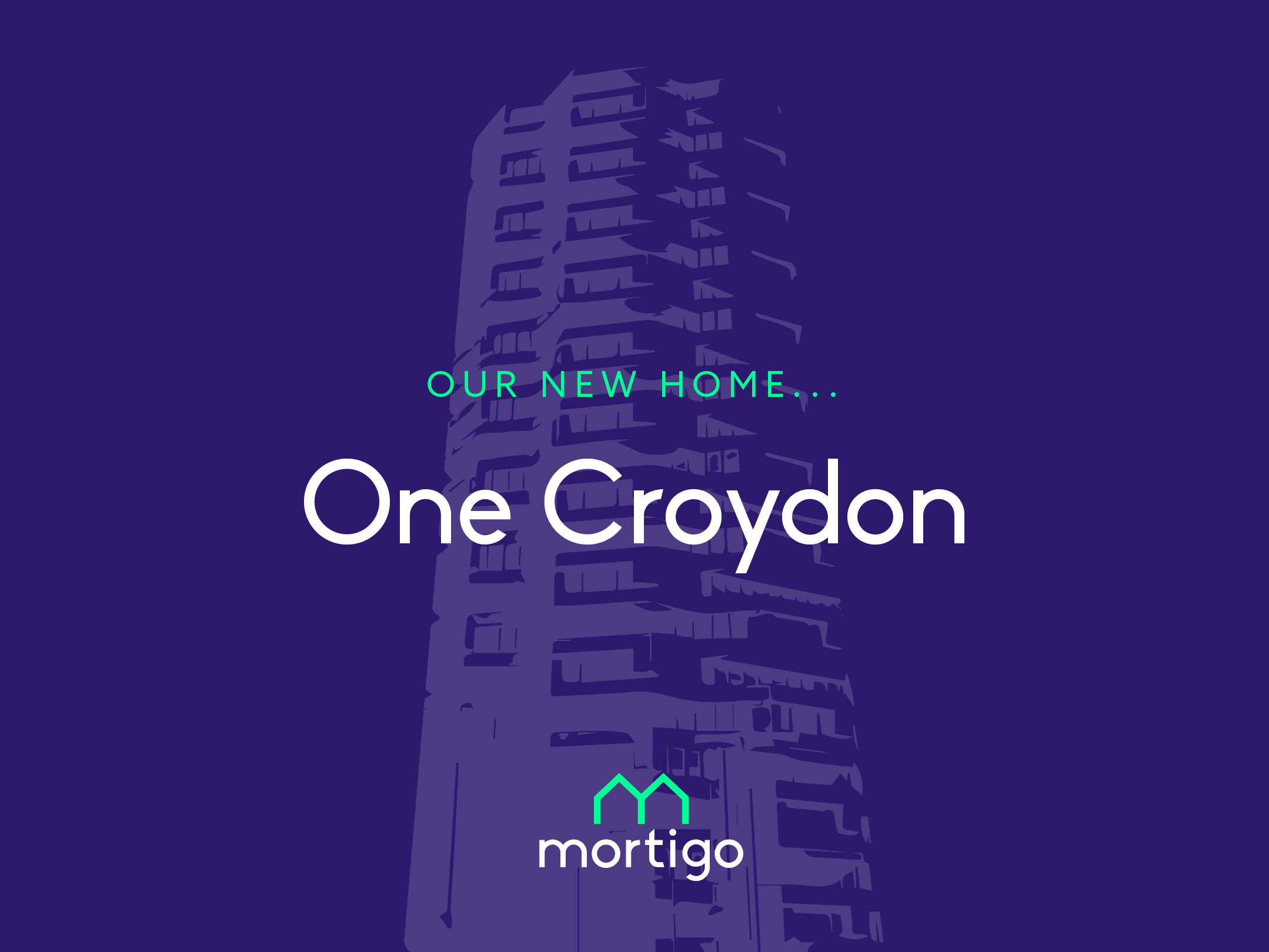 You may have seen on our social channels that we’ve moved! The Mortigo team now occupy an office in one of Croydon’s famous landmarks; No.1 Croydon. We’ve had a couple of weeks to settle into our new office and the Mortigo team feels as though they are already part of the furniture (perhaps we never quite felt at home in The Shard!). Our new abode means a lot to us and the people of Croydon, so here are some fun facts and accolades about our new home if you don’t know it. 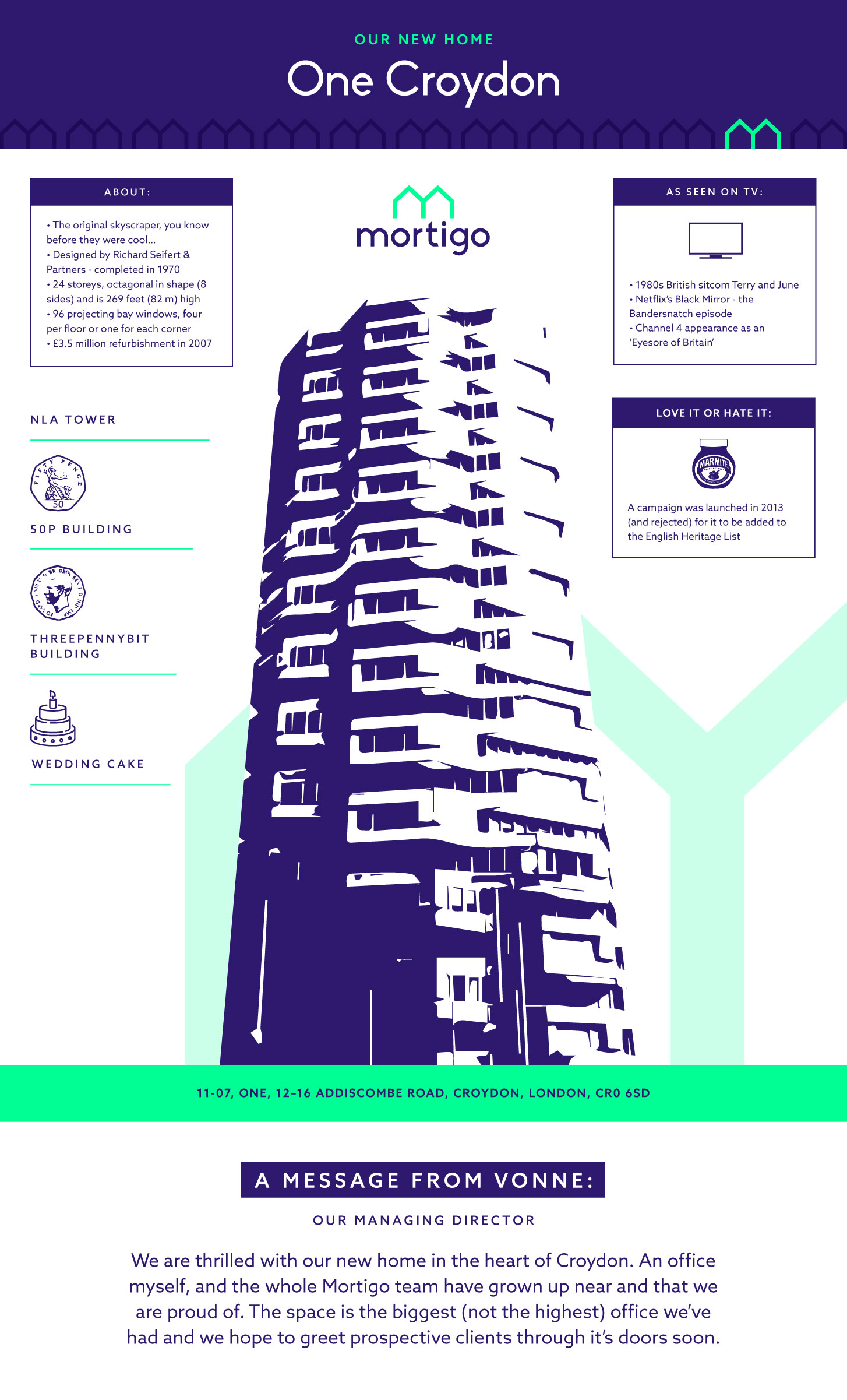 Whilst its officially named No.1 Croydon, it’s got a few nicknames you might be more familiar with:

Now we don’t want to brag, but it’s the original skyscraper, you know before they were cool… It was designed by Richard Seifert & Partners in 1964 and building work was completed in 1970. The building itself is 24 storeys, octagonal in shape (8 sides) and is 269 feet (82 m) high. The unusual shape of the tower comes from what appears to be the 96 projecting bay windows, four per floor or one for each corner. A refurbishment programme of the brutalist tower was completed in 2007, to a cool sum of £3.5 million (unfortunately, we weren’t around to provide the finance..).

The tower was originally planned back to have a larger footprint with attached podium buildings, but a single local householder refused to sell her house for years, so in the end, the developer relented and built only the tower on the island site that it stands today.

Today, there’s a Sainsbury’s Local which sits at the base of the tower, close to the tram line.

Spotted on the TV:

No 1 Croydon is famous across the country with many TV appearances. It was used as establishing shot in Croydon in the opening credits of the 1980s British sitcom Terry and June. But in the 21st century, you may have spotted it in Netflix’s Black Mirror – the Bandersnatch episode, whereby it housed the offices of the game software developer Tuckersoft.

Unbelievably, it also appeared in a Channel 4 show whereby it was identified as one of the UK’s top eyesores… Well, maybe it’s a little like Marmite, because we love it… And we aren’t the only ones. A campaign was launched in 2013 (and rejected) for it to be added to the English Heritage List.

But love it or hate it, it’s an icon in Croydon and local residents are worried that views town’s iconic 50p building could be blocked if new flats are built.

A note from Vonne:

We are thrilled with our new home in the heart of Croydon. An office myself, and the whole Mortigo team have grown up near and that we are proud of. The space is the biggest (not the highest) office we’ve had and we hope to greet prospective clients through its doors soon.

Do you have any more fun facts about everyone’s favourite building? We’d love to hear them- get in touch.